If your antique clock needs to be repaired or restored, or you’re not sure what the issue is, you can trust The Clock Doctor to handle it with care and expertise. Not only do we have over 30 years of experience, but we are friendly, reliable and local. We look forward to hearing from you and helping repair your antique clock quickly. 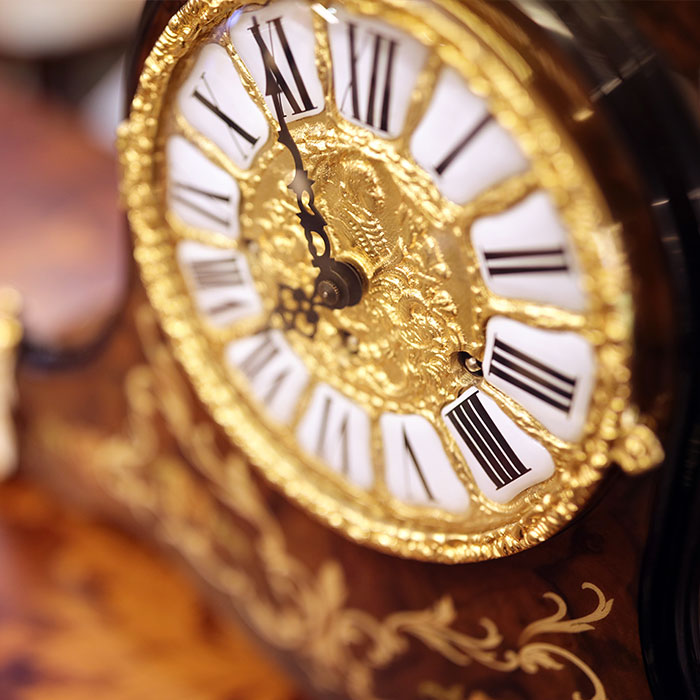 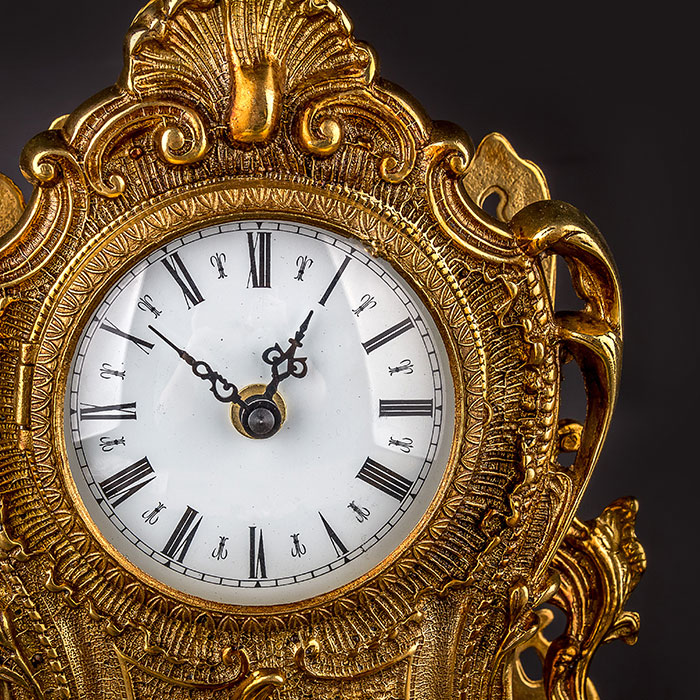 The history of antique clocks

Typically antique clocks are clocks that are at least 100 years old. If the clock is younger than 100, it’s considered a vintage clock. There is an exception for mantel clocks made in the 1920s and art deco clocks produced in the 1930s. Many people consider those antique clocks as well. Antique clocks can be all types of clocks such as grandfather clocks, mantel clocks, wall clocks, etc. Antique clocks can be powered either by weights acting under gravity or by springs. Both weight driven clocks and spring driven clocks are usually wound by a key or crank through the dial at the front of the clock.

If you have an American-made mantel clock and want to determine if it's an antique, there are several identifiers to help do so. American clocks date back to the 1600s. Most of those originals were the tall, grandfather-style clocks. In 1820, clockmaker Eli Terry single-handedly boosted smaller clock popularity in the early 1800s by mass producing clockworks in Connecticut. Wood clock movements were generally used in early American clocks until around 1820, according to the Antique Clocks Price Guide. Brass movements replaced wood by the early 1840s, therefore, if your American clock has wooden movements, it was likely made prior to the 1840s.

There are other common identifiers to determine if your clock is an antique. If your mantel clock has an “anniversary” trademark, it was made after 1901, according to the Antique Clocks Price Guide. Gold electroplating wasn’t introduced until 1836. And if your clock is made of plywood, it was manufactured after 1905, the first year plywood was used for mantel clocks. If it’s made of the molded plastic known as Bakelite, it likely dates back to the 1930s or 1940s, because that was the height of Bakelite popularity. The Antique Clocks Price Guide states that after 1896, clocks imported to the United States were required to have the country of origin marked on them. You can check inside the clock for the name of the clockmaker. Henry Marc was one of the most well-known clockmakers of the 19th century. French mantel clocks were often ornately decorated, with later art deco-era clocks being made from marble or granite.