Wall clocks come in a variety of styles, shapes and sizes with the most common type being quartz. Wall clocks are often an affordable option for timekeeping in the home, office and places of business such as retail stores or gyms. Although wall clock maintenance is typically a lot more minor, wall clocks still need repair and maintenance sometimes. We can help with wall clock replacement parts and you can trust The Clock Doctor to also be honest if we don’t think it’s worth fixing and we recommend a new wall clock instead. Give us a call and let’s talk about your wall clock repair needs. 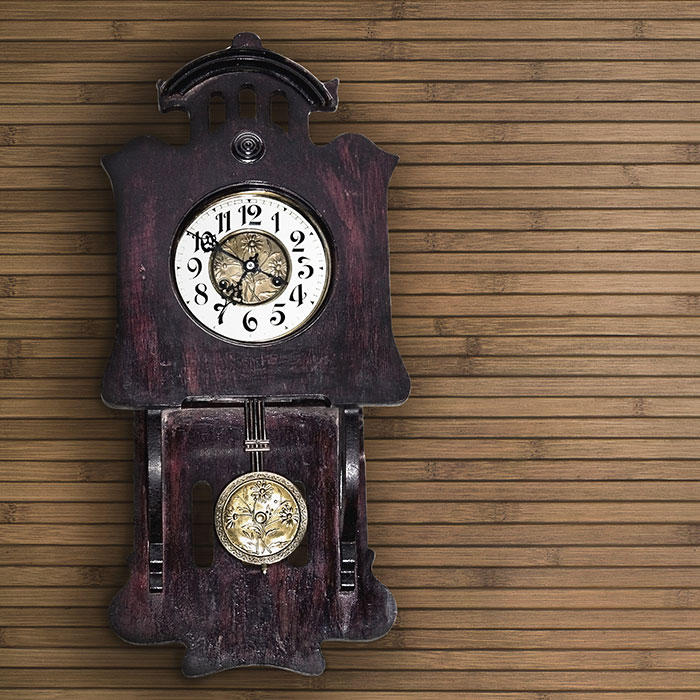 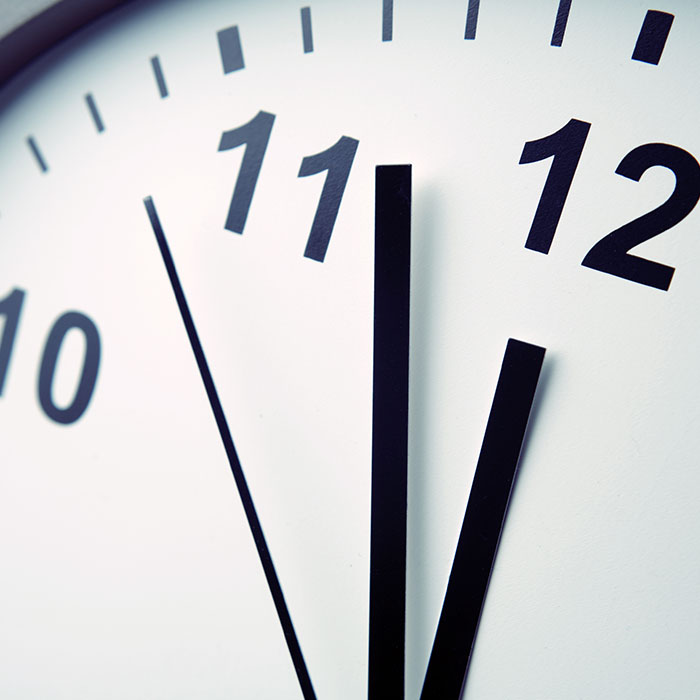 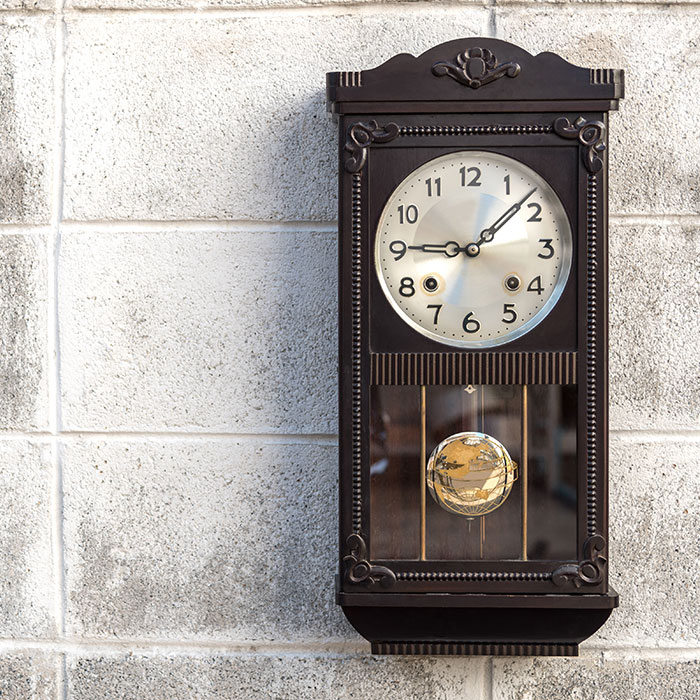 Clock have come a long way since their inception, from mechanical, to digital, to atomic, the variety of ways in which clocks are now crafted far surpasses the rudimental yet clever devices of the past. Whereas the ancient Egyptians and Greeks used sundials, and those shortly after them took advantage of water clocks (the flawed predecessor to the hour glass), we have a few more options these days.

Regardless of the exact inner workings of any specific clock, however, all clocks are powered by what is known as a harmonic oscillator. Wikipedia defines a harmonic oscillator as “a system that, when displaced from its equilibrium position, experiences a restoring force… proportional to the displacement.”

In simpler terms: A harmonic oscillator is an object which can swing, vibrate, or move over and over again without a change in frequency: it is this consistency that allows for accurate timekeeping in clocks. In its earlier forms, a harmonic oscillator was most often a pendulum, which swung back and forth at a constant rate. While they’re still used today to an extent, pendulums have largely been replaced by smaller oscillators, like vibrating quartz crystal or a tuning fork type implement. In nuclear clocks, the vibration of electrons in atoms as they emit microwaves are used as the constant.

Earlier wall clocks would have used a pendulum much in the same way that grandfather clocks still do, but with the pendulum simply swinging externally below the clock, rather than inside of a large wooden casing standing on the floor.

The real diversity in wall clock variations came along, however, when some of the smaller more modern implements became available. Because of the vast reduction in size and wall space needed, clocks were able to quickly break their old mold and pop up in as many different configurations as could be designed.

As long as the inner workings remained constantly, the shape, size, design, and extra functionality of a wall clock could be completely customized. This revolution gave birth not only to a breadth of diversity in mechanical clocks, but also to the rise of the digital clock as an option for homeowners.

Beyond this, clocks designed for those with certain disabilities, such as auditory clocks for those who were partially or fully blind, could be manufactured.

We may be biased, but we don’t think it’s far fetched to call clocks one of the most important inventions of the modern world. In fact, it would likely be hard to go an entire day without an accurate timekeeping device, don’t you think? From meetings, to wakeup alarms, to a simple sense of time and pace each day, we depend on clocks of all varieties to get us through our lives.